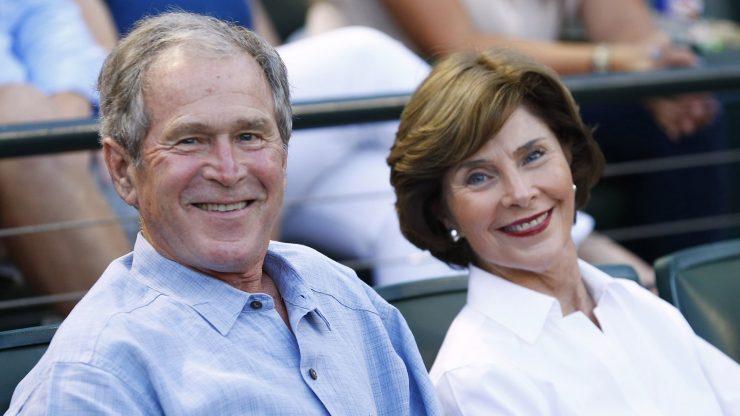 The moment a celebrity steps foot outside their house they are faced with the prospect of having their every move reported on. And whether it’s Justin Bieber buying a loaf of bread in Whole Foods or Britney Spears ordering a grande latte as she dons a revealing crop top, you can bet a news article will come if it.

Yet some famous names find themselves in the tabloids for reasons few would have expected.

These 10 celebrities, for instance, have all been responsible for taking the life of another. Of course, it is important to note that most of these cases came about through unforeseen circumstances though some, whether it was for charges relating to manslaughter or murder, received custodial sentences for their crimes.

With that in mind, here are 10 notable celebrities who have taken the life of another.

Caitlyn Jenner, formally known as the Olympic gold medalist and reality star Bruce Jenner, is now most known for her high-profile transition from a man to a woman but surprisingly few are aware of the 2015 car crash she was involved in.

Driving along a Malibu highway, Jenner’s SUV  is reported to have rear-ended a white car and careening it into the oncoming traffic before a Hummer fatally struck its driver. Not only was Jenner responsible for the death, but seven others were injured in the incident.

Due to there being no traces of alcohol in her system, Jenner wasn’t arrested and has always insisted she wasn’t speeding, yet after the initial sobriety test Jenner claimed the paparazzi were chasing her.

The former first lady Laura Bush is the only first lady to have taken the life of another when she accidentally collided with another car when at high school. Due to the high speed, the impact would prove fatal for the other driver, who happened to be her friend and classmate, Michael Dutton Douglas.

It would later transpire that Bush was responsible for the accident due to her failure to stop at a stop sign although no charges of manslaughter were filed. Although in her 2010 memoir Spoken From The Heart, Bush attributed the accident to the darkness of the road, the small size of the stop sign and even questioned the driving of her friend and victim.

The Ferris Bueller’s Day Off star famously took his father’s Ferrari out for a spin before then crashing it in the cult movie, but In 1987, Matthew Broderick found himself in a different kind of accident.

Holidaying in Ireland with his then-girlfriend and Ferris Bueller’s Day Off co-star, Jennifer Grey, Matthew was driving on the wrong side of the road when he collided into on oncoming vehicle, killing both the driver and the passenger.

Amy Locane, star of 13 episodes of Melrose Place and the 1990 movie Cry Baby, for which she starred alongside Johnny Depp, was three times over the legal alcohol limit when she crashed her car in 2010 and killed 60-year-old Helene Seeman.

Sentenced to three years in prison in 2013, Amy was recently granted early release from the Edna Mahan Correctional Facility for women, although the judge presiding over the case has since admitted that the verdict was extremely lenient. When the sentence was read out, the judge was heckled from members of the victim’s family who claimed it was too soft.  At the time, the judge had reasoned that the minimum sentence was appropriate due to one of Locane’s young daughters suffering from Crohn’s Disease.

In 2008, legendary music producer Phil Spector was convicted of murdering actress Lana Clarkson at his home in 2009 and was ordered to serve a minimum sentence of 19 years. It was a spectacular fall from grace for a producer who was once described by Rolling Stone Magazine as the ‘second greatest producer of all time.’

The trial, which was arguably known as much for the producer’s lavish choice of wigs as it was for the crimes was a retrial after the first trial ended in a hung jury. Since his inceration, Spender has maintained his innocence and his wife Rachelle Short continues to campaign for his release.

Keith Moon’s suicide in 1978 was in part due to his remorse and guilt from killing his friend and personal bodyguard, Neil Boland when he accidentally hit him with his car.

While The Who drummer was charged with driving under the influence and driving without a license or insurance, Moon managed to avoid a jail sentence and claimed the incident occurred because he was trying to escape from a group of pub patrons who were harassing him.

Howard Hughes etched himself into the history books as one the 20th century’s finest inventors and entrepreneurs yet few know that Howard Hughes was also responsible for the death of a pedestrian.

Colliding head-on with a man, Hughes was not charged with any crimes, nor was he even fined for a speeding offence. The man would later die of his injuries in hospital.

Johnny Lewis was an actor most known for his role in the first two seasons of the FX series Sons of Anarchy. Lewis is believed to have died following an altercation with his landlord who was found shot dead at her home.

It would later transpire that Lewis had intentionally killed the landlord, along with her pet cat and after jumping off a balcony to escape, Lewis also died. According to autopsy reports, Lewis’ fall was not a suicide attempt and was instead an accident.

Oliver Stone has often been criticised for his anti-American rhetoric and liberal ideals, yet the esteemed director fought in the Vietnam war and even made request to be put on combat duty.

During his time on the front line, Stone was part of several helicopter raids and killed many enemy soldiers, heroics which earned Stone earn a Bronze Star and Purple Heart.

Don King is as much known for his promotion in boxing as he is for his murderous past. In fact, the cantankerous character,  who was also accused of stealing millions of dollars worth of earnings from Mike Tyson, killed two different men in his formative days when he was the leader of a gambling ring in Cleveland, Ohio.

The murders were committed following a break in at one King’s gambling houses and 13 years later he was convicted of second-degree murder for shooting one and stomping the other to death.

However, the judge later reduced King’s conviction to voluntary manslaughter, which saw the promoter spend four years in jail. Oddly, King would later be pardoned for his crimes in 1983 by Ohio Governor Jim Rhodes with letters from respected figures like Jesse Jackson written in his support.

Zlatan Ibrahimovic Net Worth: $270 Million Zlatan Ibrahimovic Weekly Salary: £367,640 Soccer is the game that is truly dependent on talent and all the top notch players possess that talent without any doubt. The most...