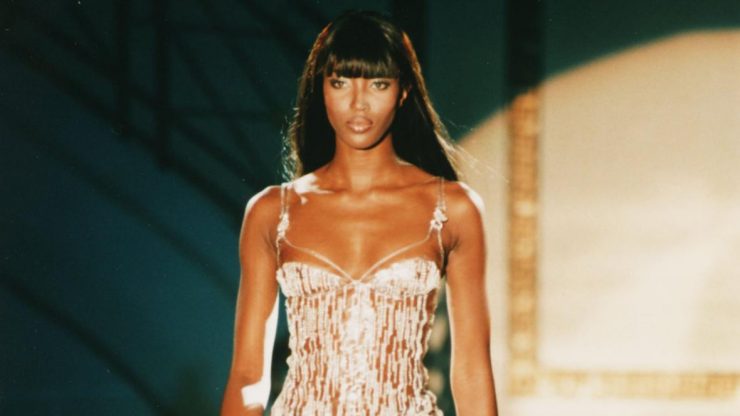 10 Celebrities Who Lost Their Cool On Camera

In a world of high-rise gates, exclusive guest lists and large teams of bodyguards, catching sight of a celebrity is almost as rare as capturing that all-too-elusive Pokemon on your iPhone.

For these reasons, the paparazzi have made a killing from tracking them down and photographing them. And whether it’s a photo of Robert Pattinson ordering a latte or Kim Kardashian stumbling out of Villa Lounge at 2 am, you can bet they’ll get published.

Predictably,  celebrities aren’t always happy with this reality, and though they are aware that their industry goes hand-in-hand with press intrusion, fellow celebrity spats and attacks from random people, some eventually lose their cool, just like these 10 stars did.

Judging by the British supermodel’s temperamental exploits in recent years, members of the paparazzi would be wise to stay away from this sassy diva. Yes, Campbell has long had a no-holds-barred approach to dealing with those she doesn’t like, and on many occasions, it’s caused tears for those on the receiving end of her foul-mouthed and sometimes violent episodes.

In fact, if you type Naomi Campbell in on YouTube you’re quickly inundated with footage of the supermodel losing her cool over almost anything, from snatching the phone off an eager-eyed fan to scaring the living daylights out of aspiring models on America’s Next Top Model.  Thankfully, a member of the YouTube community created a montage of all her tantrums. Just remember to keep the light on at night. You don’t want to suffer nightmares.

This notorious hothead and most famous Baldwin actor has demonstrated on many occasions that he won’t spare the blushes of any photographers that get in the way of him or his family. Like with Campbell, there are a plethora of videos of the capricious actor lashing out on the paparazzi and even threatening to press charges against a female journalist.

Admittedly, Alec Baldwin’s use of language in the video above is inexcusable, but it lets you get a closer look at the lives people who supposedly ‘have it all’ with Baldwin chasing off photographers like they are rats circling his wife and baby.

Iceland’s most famous musical export has long been an introvert, and that’s what many love about the out-there singer. But push her buttons and the rocker won’t be afraid to show a tougher side.

In what is perhaps one of her most memorable moments as an artist, Bjork seemingly had enough of one British reporter whose simple salutation was met with Bjork’s flailing arms as she pulled the reporter by the hair for a good few seconds before her team rushed her away. It later transpired that the reporter had been pestering her for four days.

It’s common knowledge that Christian Bale is one angry dude- you only have to listen to his monstrous rant secretly recorded by production staff working on one of his films to know that. The meltdown led Christian Bale to apologize for his actions and later stressed that he wasn’t used to his newfound movie-star status.

Still, such an excuse seemed unusual seeing as he had already been a ‘movie star’ for several years when the recording was leaked in 2009. And while it may not have been caught on camera this monstrous rant didn’t need to be to get a picture of what went on.

Mike Tyson is someone you wouldn’t want to get the wrong side of yet that didn’t seem to bother one intrepid journalist who casually brought up Iron Mike’s conviction for rape. Yes, he went there….

Promoting a new show with his with his agent, Mike was caught off guard the moment his rape conviction was mentioned and looking like a lion about to pounce on his prey, proceeded to dodge any other questions relating to the show. Instead, he went off on an expletive tirade about what he thought of the journalist. One can only imagine what happened once the cameras stopped…

Here’s a guy who knows a thing or two about trouble. Not content with drag racing through tunnels or pelting his neighbor’s home with eggs, Justin Bieber has also found himself in plenty of paparazzi fights over the years, but there was one with a British photographer which proved his most famous skirmish to date.

Coming out of a central London hotel, the hitmaker incensed one bald headed photographer when he shoved him aside as he attempted to make it into his car. Verbally distressed, the cockney paparazzo shouted, “go back to America you prick.” But Justin didn’t hide. Moments later, the doors opened and out popped an irate red-clothed teen, who said, “What’d you say?”

Perhaps Justin should have also explained the difference between Canada and America.

When Asap Rocky stopped off at one London’s premier bagel shops, it wasn’t to order their great bacon and chicken combo- It was to confront a round-looking Englishman who had allegedly thrown stuff at the rapper’s Maybach.

No one likes a showoff in England, so maybe Asap’s car was deemed slightly ostentatious for their liking but either way, Asap was adamant that he wasn’t going to let the guy off the hook. Leaving the bagel shop, the gangster rapper declared that he has “weight” leading one angry punter to yell “get some fit girls in your life.”

We’re sure Asap has plenty of those….

The former NFL quarterback Jim Everett was regularly mocked by talk show host Jim Rome for his overt reactions when being sacked (in one important match, Everett anticipated being sacked and protected himself when no one was even behind him) which led Jim to take matters into his own hands.

Jim, who warned a smug Rome that one more mention of the name ‘Chris Everett’ (an insult the broadcaster regularly called Jim in reference to the female tennis player) would lead to trouble, was good on his word when Jim called him ‘Chris’ for the second time in 30 seconds. What followed was a tabled shoved into the chest of Rome before being pinned to the ground.

The incident has since become synonymous with Jim Everett’s football career, with Everett even admitting that a “large burger franchise” wished to reenact the scene into one of their adverts. He agreed, but Jim Rome refused and ended the dreams of many to see the hilarious moment relived.

9. Nicki Minaj and Miley Cyrus Argue At The VMA’s

Award shows are supposed to be times of love and celebration for fellow artists and nominees, but that didn’t stop the flamboyant hip-hop artist Nicki Minaj from having a go at host Miley Cyrus after collecting an award.

Citing an interview, Miley did with The New York Times; the singer upset the Anaconda hitmaker due to the way she responded to a question relating to the Twitter spat between Nicki and Taylor Swift. “What I read sounded very Nicki Minaj, which, if you know Nicki, is not too kind,” Miley was reported to have said.

Unsurprisingly, the New York native, when on stage to collect a VMA, retorted, “Now back to Miley, this bi*tch had a lot to say about me in the press.”

Akon got so rich from his musical endeavours that he famously purchased a goldmine, yet even at his concerts, it seems there are those that are anything but enamoured by his presence.

In a video that has received almost 2m hits on YouTube, Akon is seen performing one of his hit songs when a suspicious object is hurled his way, only narrowly missing his face. Taking off his bling and vest, Akon refuses to perform until the culprit is found at which point he picks the teenage boy up before then throwing him off the stage. Now that’s some gangster sh*t.

Zlatan Ibrahimovic Net Worth: $270 Million Zlatan Ibrahimovic Weekly Salary: £367,640 Soccer is the game that is truly dependent on talent and all the top notch players possess that talent without any doubt. The most...