The Canadian Pacific Railway Co. has a long history of moving freight across the North American continent. There became a need for freight to be shipped overseas and CPR took advantage of the opportunity.

Long after the first ocean paddle steamship “Savannah” crossed the Atlantic Ocean in 1819, CPR began to acquire a fleet of ships to travel from the North American continent to Britain, Europe and beyond.

The rise of cruising

In the early part of the twentieth century CPR had an ocean crossing presence. Their ships handled cargo of many types but as with most shipping companies of the day, they also transported people from continent to continent in order to keep the shipping company profitable.

A few decades later, enter the age of the jet aircraft. Travelers would now be able to make the ocean crossing in hours by plane instead of days by ship. Many ocean liners’ days were numbered because their companies couldn’t be profitable shipping freight alone.

The “Empress of Canada” quickly received a good reputation as a preferred ocean liner because of her new amenities and her stylish good looks. She was fully air-conditioned and was fitted with stabilizers.

During the summers she made the transatlantic circuit from Liverpool, England to Montreal, Canada and back. In winter the Empress would either be docked at St. John, Canada or later began service from New York USA to the Caribbean as a cruise liner.

As the 60’s progressed air travel became more and more popular. Ocean shipping companies were busy trying to find new duties for their fleets. By 1970 the “Empress of Canada” was the last ocean liner in service for Canadian Pacific.

On November 23, 1971 the “Empress of Canada” arrived in Liverpool for the last time. After a 68 year run, the ocean liner service had ended for the CPR.

The “Empress of Canada” still had some great potential. It was a man named Ted Arison who realized that and purchased the ocean liner as the first cruise ship for his newly formed company Carnival Cruise Lines.

The ocean liner was to be renamed “Mardi Gras” and would be refitted for her new life as a cruise ship. Her lovely external lines were maintained but she would lose her cargo cranes. These would no longer be required as a cruise ship.

Interestingly, Arison decided to keep the general pattern from the CPR funnel and simply rework it to indentify the new company’s ship. (You could see a striking resemblance of the Carnival logo on CPR’s freight cars as well.)

The cruise line had an extremely shaky start. In 1972 the maiden voyage for Carnival Cruise Lines left port from Miami. The company would lose money in the early years (as one might expect). But to top things off the new cruise ship ran aground on a sandbar just outside the Port of Miami!

Gradually, Carnival introduced their “Fun Ships” concept. They spent a monstrous ten million dollars in converting “Mardi Gras”. At the time that was big money.

In order to maintain business (because they had only one ship) these renovations were completed while the ship continued to operate. The company would close off one section of the ship in order to facilitate the changes leaving only about 60 percent occupancy available.

By the mid seventies things were looking up for the fledgling company. They seemed to be having great success marketing the cruise liner in the U.S. and Canada.

In December 1975 Carnival purchased their second ship the ocean liner “Queen Anna Maria”. But that was not her first name. She was originally christened “Empress of Britain”. After a number of years the two sister ships were again sailing in the same fleet – a fleet of two for now.

“Queen Anna Maria” would be re-named “Carnivale” by the cruise line. The sisters were again very successful for their owner.

By 1977 Carnival was ready to purchase a third ship. They would name the ship “Festivale”.

Carnival would continue to be very successful with their golden fleet of three cruise ships. So much so that in 1982 Carnival would order their first new-build ship named “Tropicale”. There was no looking back now!

Come Sail With Us!

In 1984 Carnival introduced a first. They would advertise on network television. Their spokesperson would go on to be a well-known television personality. Her name at the time was Johnson who would marry and become Cathy Lee Gifford.

The next three years saw the launchings of a new ship each year. They would be christened “Holiday”, “Jubilee” and “Celebration”.

In 1987 Carnival Cruise lines earned the honor of “Most Popular Cruise Line in the World” by carrying more guests than any other cruise line. They also raised about $400 million for expansion after being listed on Wall Street.

1990 saw the first launch of eight fantasy-class ships. She would be named “Carnival Fantasy” and would be followed in 1991 by the “Carnival Ecstasy”. ‘93 and ‘94 added the ships “Carnival Sensation” and “Carnival Fascination”

“Carnival Imagination” and “Carnival Inspiration” became the fifth and sixth fantasy-class ships to enter into service in 1995 and 1996 respectively.

Carnival would deviate from this class of ship in 1996 with the launching of “Carnival Destiny” a cruise ship over 101,000 tons. At the time, “Destiny” was the largest cruise ship in the world.

In 1998 carnival would launch the seventh and eighth fantasy-class ships “Carnival Elation” and “Carnival Paradise”.

The second destiny-class ship was launched in 1999, christened the “Carnival Triumph”.

The Millennium year saw no let-down in the popularity of Carnival. The cruise vacation company continued to thrive and grow. That year the “Carnival Victory” was introduced as the third of the destiny-class cruise ships.

2001 saw a new class of ship being introduced by Carnival – the 88,500 ton spirit-class. The first ship would be named “Carnival Spirit”. This would be the first “Funship” to be placed in the Alaska and Hawaii markets.

“Carnival Glory” another conquest-class ship enters the scene in 2003 sailing out of Port Canaveral. She would be the largest of Carnival’s fleet sailing from that port.

2004 was again a busy year for Carnival with the launching of the fourth spirit-class ship the “Carnival Miracle”. She would be the first “Funship” to sail from Jacksonville. Also that year the third conquest-class ship “Carnival Valor” entered service out of Miami.

The Mediterranean became the target in 2005 when “Carnival Liberty” launched to become the first-ever Carnival cruise ship to offer Mediterranean itineraries.

The first of two dream-class ships entered service in 2009 christened the “Carnival Dream”. 2011 saw the inauguration of the “Carnival Magic”.

Set to debut in 2012 is the third dream-class ship the “Carnival Breeze”. Like its sister ship “Carnival Magic” it will have a summer home in the Mediterranean and a winter home servicing the Caribbean cruise market.

There you have it – up to date and beyond. Carnival has shown that you don’t always have to go bigger as long as you go better.

Their success has been attributed to always being on the cutting edge of technological advances and great customer service. Great ships + great staff + great food + great entertainment = Fabulous Vacations!

Check out your next cruise vacation soon! 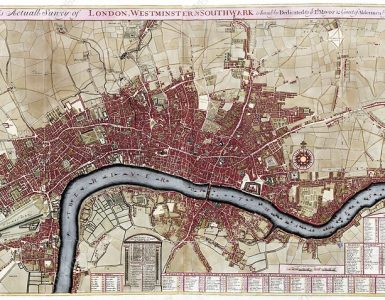 London has a lot of tourist attractions to offer for a few weeks, at least. However many tourists come only for a long weekend. But that also can be enough to at least the major attractions and sites to visit. We show... 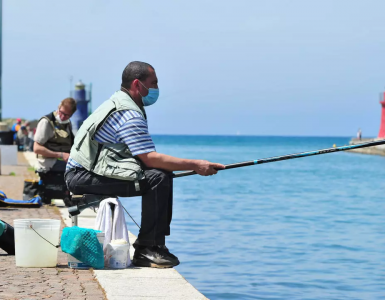 The Covid-19 pandemic has officially killed over 473,000 people in the world and infected over 9.1 million, including more than four million now considered cured, since China first reported the outbreak in December...